A while ago, I participated in a Rafflecopter giveaway of a blog tour and ended up… winning! Yes, little old me! Won a signed copy!
Honestly, when I got Chelscey’s mail, I didn’t know what to do with myself. Even my boyfriend said he had never seen me acting so out of the ordinary.

When it was delivered, I’ve stared at it for quite some time, then bragged about it on Instagram – of course I had to show it off. As if you wouldn’t?! – and then put it on my TBR-shelf. I was drowning in ARC’s at that time, but was determined to read it before the end of summer.
Guess what! I did!

Monsters come in many forms, and not everyone knows a monster when they see one. After three hundred years of monstrous, feral elves plaguing the island nation of Selkirk, everyone believes they know what a monster is. Humans have learned to live with their savage neighbors, enacting a Clearing every four years to push the elves back from their borders. The system has worked for centuries, until after one such purge, a babe was found in the forest.

As Tallis grows, she discovers she isn’t like everyone else. There is something a little different that makes people leery in her presence, and she only ever makes a handful of friends. But when the elves gather their forces and emerge from the forests literally hissing Tallis’s name like a battle mantra, making friends is the least of her troubles. Tallis and her companions find themselves on an unwilling journey to not only clear her name, but to stop the elves from ravaging her homeland.

I read about twenty pages when I was thinking: I’ll have to order the sequel. Then I got disappointed because it hasn’t been published yet! Twenty pages in, people!
By the time I got at the 100 pages-mark, I was completely sold so I checked Goodreads. Dear Chelscey has apparently written six books for this series already! Now, guess who’ll be waiting eagerly to read them all.

It was moments like this he understood why the other children thought her so different. And while they may not have liked Tallis for her eccentricities, Donovan wished his cousin to never change.

I’ve simply fallen in love with Tallis, Donovan, Rosslyn and Tomas. They each have there charming characteristics.
Where Tallis struggles with being different, having to find out what and who she is exactly and her world is turned upside down, she always has the support of her friends. Even at the hardest times – and we all know that those times matter the most when it comes to friendships.
Donovan, on the other hand, is everything you could wish for in a big brother – even though he’s her ‘cousin’. He looks out for her and does everything in his power to protect her. Honestly, everyone would want a brother like that! He could go a bit easier on Tomas once in a while though, ugh.
Then we have Rosslyn. Honestly, this is the character I could connect best with. Eager to find those who can be her equals or betters so she can learn from them and challenge herself. Because she follows the Galon Sipsiwn – and as such has the Sipsi heart – she does what she wants, when she wants. So you could say I really recognized myself in her.
Then we have Tomas, Ser Soon-To-Be-Brother, whom is the outsider of the group for he hasn’t know them that long. You notice how they warm to him, little by little and it’s wonderful to see that people can still open their heart to strangers. Especially in a period of loss and distress.

She was holding so many pieces of the puzzle and yet none of them fit together to make a whole picture, and yet, she was somehow in the center of it all.

I’ve completely lost myself in Chelscey’s writing style. She describes Selkirk in a way that transports you there. Yup, I just plunged right in and enjoyed every single moment of it. Pretty sure this is one of those few books I read that I could not pull myself out of. The only thing I wanted to do was to keep on reading.
For an author to do that? A-ma-zing!
I went from feeling giddy, to laughing, to being freaked out – there was a little scary part in there – to feeling the tension of this action-packed story!

Even though the novel didn’t end with the bang I was expecting, I’m still eagerly looking forward to the sequel. When? When? October 17th!

If you’re craving an action-packed fantasy novel filled with friendship and adventure, I’d say you really have to pick this one up!
Why? Because I’m going to make a statement that I hadn’t made yet in any review. The Duality of Nature is going with my all-time favorites and will definitely be reread.

I bow to you, C.E. Clayton, for you have given me a new series to look forward to and completely lose myself in. Even though I read tons of books, this is one of those rare few that succeeded at captivating me completely and I cannot wait to read more!

Buy this book NOW: Amazon.com, Amazon.uk.co, BookDepository, B&N!
Or you can add it on Goodreads, but I suggest reading it ASAP.

At first, I was going to figure something out for the munches myself, but decided against it and contacted Chelscey herself to help me out! 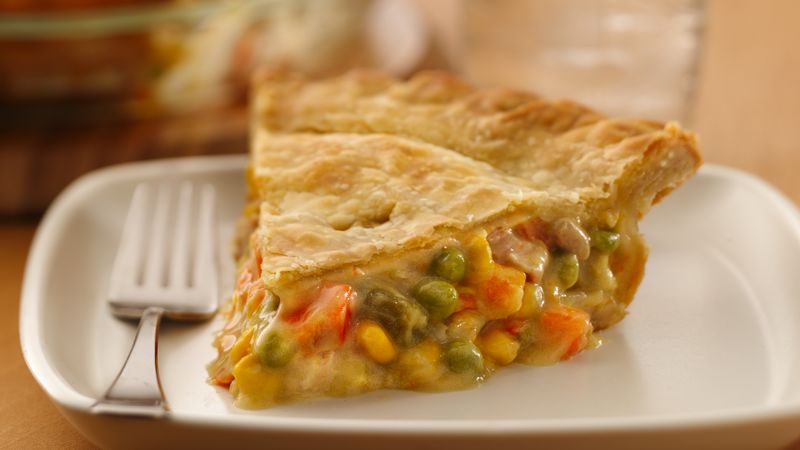 Since Selkirk is loosely based on Scotland, a lot of the food and drink you’ll find is based in that region.

Now, while I don’t really recommend haggis, Rosslyn’s mother is a wonderful cook, and one of the dishes she makes is a type of chicken pot pie. It’s one of the first meals Tallis has with her new friend and her family. Tallis’s mother is an ok cook, but nothing like what Akira can make, so the salted butter and rosemary chicken, paired with carrots, peas, potatoes, and a golden flaky crust is one of the best things Tallis has ever eaten. It’s simple, but the ingredients are fresh and cooked just long enough to where the meat is tender, the inside is a creamy stew consistency, and the crust feels more like a pastry then a biscuit.

Honestly, when reading that the first time, my mouth started watering. It still does when I read it now… We don’t have the right things to make it ourselves yet, but I’m definitely planning on making this myself one day!

I won a free copy of this novel during the blog tour a couple of months back. I am not being compensated for my review in any way. All opinions are entirely my own.
The picture of the food used was found on Google Images. All rights belong to owner of this picture.