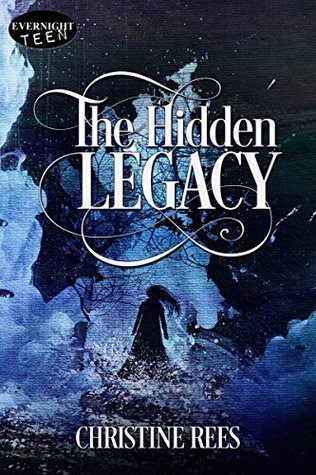 I had a bit of a deadline for this review, but I made it! I honestly thought I wouldn’t get to it in time, but somehow I did. Let’s just face it. I wanted to read my own books so started ignoring all others. Yup. That’s pretty much it.

The curse of premonition follows Faye Lithyer, forcing her to witness death—over and over again.

When Faye moves in with her grandmother in Astoria, Oregon, her visions grow stronger. Faye watches a new friend fall victim to a murder in the not-so-distant future and becomes obsessed with preventing it from happening. However, Faye’s insecurity has her undecided whether she should tell her friend about their impending death or hunt down the murderer before it’s too late.

Faye will be faced with an epic choice that threatens to expose her abilities. Will she choose to save her friend from a monster or risk becoming one herself?

I had to think hard about how to write this review. I have a lot to say about it, but… It’s simply not that positive in general and that makes this such a challenge… Anyway!

When I started reading, I was pleasantly surprised by the pace of the story and the writing style. It honestly reads really fluently because I got through it record time. And that’s pretty much where it ends.

Okay, no. I did like the characters, a bit. But they gave me a whiplash at times. Going from full-on high school drama to acting all grown-up and back again was honestly hurting my brain. Although I liked their traits, the behavior got on my nerves.

The question remained… Did I believe the future could change?

As far as the story goes, there’s only one word to describe it. Predictable. I literally saw every curve-ball, every plot-twist. Every single thing that I could’ve predicted, I did. Although it’s fun, in a way, to be proven right, it also decreases my enjoyment. There weren’t any surprises. I knew everything almost from the get-go and that was such a pity. It made the story feel anything but unique to me, although it definitely has its unique sides as well.

If you don’t mind predictable fantasy novels, you’ll probably like this one! It simply wasn’t something I like.. It was okay, but that’s it.

I received an eARC of this book through NetGalley. All opinions are entirely my own. I’m not being compensated for my review in any way.

5 thoughts on “Review: The Hidden Legacy by Christine Rees”