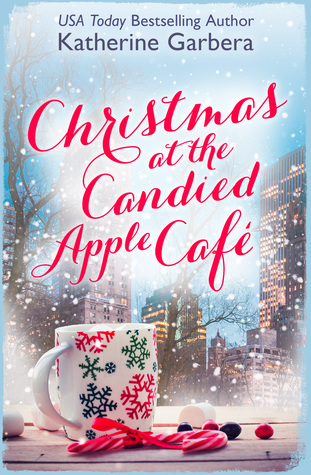 With the holidays fast approaching – seriously, where has time gone?! – I’m getting more and more in the mood for cozy and romantic Winter reads. Nothing better than a Christmas-themed romance novel!

And looking at this cover, I was ready to get just that. Can someone get me some hot cocoa?

There’s nothing so magical as Christmas in New York…

Santa is coming to New York!

Snow is falling, excitement is high and the delicious scent of chocolate drifts along Fifth Avenue – the Candied Apple Café is ready for Christmas! And no one is busier than publicist Iona Summerlin. With so much to do, she doesn’t have time to think about men, dating, or the fact her last boyfriend ditched her for her brother… Relationships are off the menu!

Hotel boss Mads Eriksson is not looking forward to the first Christmas since losing his wife. His six-year-old daughter Sofia has lost her belief in Christmas magic along with her mother, and he has no idea what to do. But an unusually festive business meeting at the Candied Apple – and meeting the beautiful Iona – starts to defrost Mads’ frozen heart, and suddenly life seems full of light and sparkle again.

If only they dare to believe, maybe all their Christmas dreams will come true!

I have to admit. I was really looking forward to this novel as I’ve been in a bit of a reading slump. It’s getting colder here in Belgium and I’m getting more and more in the mood for some romance.
I was completely ready to lose myself in romantic Christmas-vibes but… Christmas at the Candied Apple Café simply didn’t cut it for me.

She’d been torn between wanting to be her own woman and rejecting her demanding father and that need for his approval.

Let’s talk about the story first, because that’s the part I did enjoy. It was cozy, romantic and had a heavier touch to it. This was caused by one of the themes being grief.
One of the MC’s, Mads, is looking for a way to handle being a single parent after losing his wife to cancer. Surviving the holidays and trying to give his daughter a memorable, happy Christmas aren’t easy, especially since his wife died to days after Christmas.
It was amazing to crawl into his skin and see how he dealt with his pain, with his conflicting feelings towards Iona, love and even Christmas itself.
Iona is a business woman throwing everything she has into The Candied Apple Café because she simply doesn’t know she wants and needs more than just work.

The thing that bothered me, though, was that I never felt like I was really a part of it. It would’ve helped if at least one of the POV’s got to me, but that wasn’t the case. I was looking at it from an outsider’s POV and this story would’ve had much more of an impact if that had been different. I’m sure this had a lot to do with Garbera’s writing style.

Unfortunately, that’s not the only thing about the writing that bothered me. Some parts were vague, skipped from one thing to another, jumped from one evening to a day three days after that without clearly stating it.
Honestly, I often found myself quite confused and had to reread parts on a regular basis. It’s something I don’t like doing, at all, when I’m reading a romance novel.

Apart from that… If there’s one thing that a novel like this should have it’s tension. Sexual tension. A spark. An explosion. Something. I missed all of that. Yes, the sexual scenes were heated, but it didn’t light a spark in me at all.
I love reading romance novels like these because of that spark… Not getting that is just… such a disappointment, really.

She stood there watching him for a moment before she realized what she was doing and closed the door, locking it and then sinking to the floor and staring at the foyer tiles, telling herself she was okay.

When it comes to the characters and their growth, I was confused as well. Although it’s safe to say that our MC’s, Mads and Iona, do change throughout the story, the start and ending felt ridiculously rushed.
For starters, Iona and Mads got way too personal way too fast for my liking. And regarding the ending… I’d seen it coming but I was still hoping it wouldn’t be as rushed as it was. Wanting and saying one thing on one page and stating the completely opposite on the next… It didn’t feel real and made it seem like the author just wanted to wrap it up and be done with it already.

Conclusion of the day: I liked the idea, the general story but when it comes to the execution… It could’ve been a whole lot better. 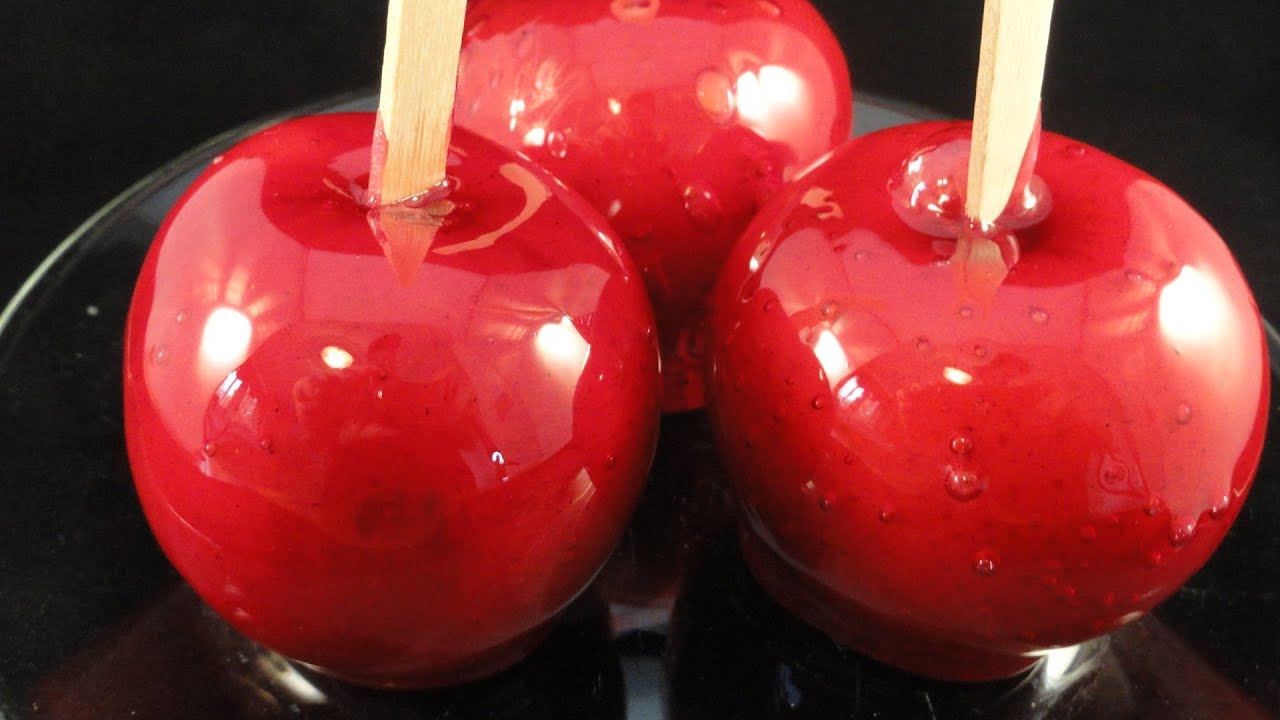 As for the munches… I’d seen there were two truffle-recipes at the end of the novel, but I honestly didn’t feel like trying them out. Instead, I’m going with a candied apple. A treat that always looks so delicious – as this book did – but ended up not being as good and delicious as I expected. Pretty sure that fits perfectly here.

I received an eARC of this book through NetGalley. All opinions are entirely my own. I’m not being compensated in any way. The picture of the candied apples was found on Google; I don’t own any rights to this picture.

18 thoughts on “Review: Christmas at the Candied Apple Café by Katherine Garbera”