The first one of 2018! I bet you’re getting sick of reading / hearing that, no? I am as well but I can’t help myself?

Anyway! Let’s take a look at the books I think look pretty interesting and are being published in the upcoming week! 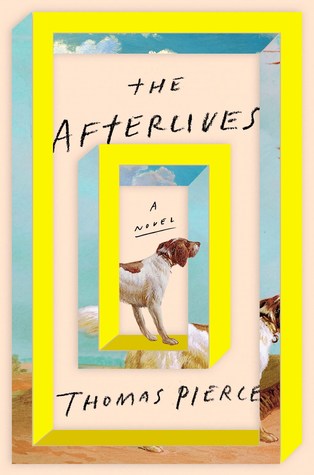 A love story that asks: what happens after we die? The debut novel from National Book Award 5 Under 35 Winner and author of the “ridiculously good” (New York Times) collection Hall of Small Mammals.

Jim Byrd died. Technically. For a few minutes. The diagnosis: heart attack at age thirty. Revived with no memory of any tunnels, lights, or angels, Jim wonders what—if anything—awaits us on the other side.

Then a ghost shows up. Maybe. Jim and his new wife, Annie, find themselves tangling with holograms, psychics, messages from the beyond, and a machine that connects the living and the dead. As Jim and Annie journey through history and fumble through faith, they confront the specter of loss that looms for anyone who dares to fall in love. Funny, fiercely original, and gracefully moving, The Afterlives will haunt you. In a good way.

When Earth intercepts a message from a long-extinct alien race, it seems like the solution the planet has been waiting for. The Undying’s advanced technology has the potential to undo environmental damage and turn lives around, and Gaia, their former home planet, is a treasure trove waiting to be uncovered.

For Jules Addison and his fellow scholars, the discovery of an alien culture offers unprecedented opportunity for study… as long as scavengers like Amelia Radcliffe don’t loot everything first. Mia and Jules’ different reasons for smuggling themselves onto Gaia put them immediately at odds, but after escaping a dangerous confrontation with other scavvers, they form a fragile alliance.

In order to penetrate the Undying temple and reach the tech and information hidden within, the two must decode the ancient race’s secrets and survive their traps. But the more they learn about the Undying, the more their presence in the temple seems to be part of a grand design that could spell the end of the human race…

That’s it! After last week’s gigantic post, I guess we could use a smaller one?
Oh, and if you want to know what I’ve been reading the past week, don’t forget to check out my WWW-post!