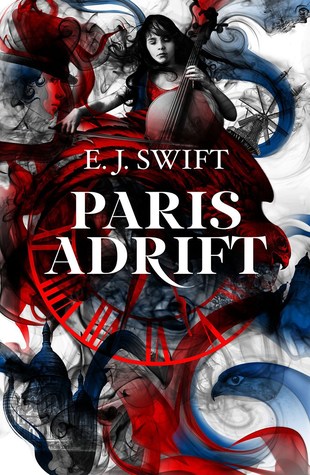 One of the genres I discovered last year is sci-fi. I honestly never even wanted to watch movies in that genre, let alone read books. Then along came The Illuminae Files and I was pleasantly surprised!

So, I guess you can guess why I decided to read Paris Adrift, huh?

Determined to escape her old life, misfit and student geologist Hallie packs up her life in England and heads to Paris. She falls in with the eclectic expat community as a bartender at the notorious Millie’s, located next to the Moulin Rouge.

Here she meets Gabriela, a bartender who guides her through this strange nocturnal world, and begins to find a new family. But Millie’s is not all that it seems: a bird warns Hallie to get her feathers in order, a mysterious woman shows up claiming to be a chronometrist, and Gabriela is inexplicably unable to leave Paris.

Then Hallie discovers a time portal located in the keg room. Over the next nine months, irate customers will be the least of her concerns, as she navigates time-faring through the city’s turbulent past and future, falling in love, and coming to terms with her own precarious sense of self.

The thing I liked best about Paris Adrift, is that it was a whole different kind of sci-fi than Illuminae and Gemina. Where I was lost in space before, now I was lost in time and the difference was so much fun! Starting in the twenty-first century, I hopped to eighteen century-France as well. I honestly thought it was fun!

Our main character, Hallie, is a girl who really is looking for herself. She has demons in her past she tries to run from and cope with at the same time. Then ends up losing herself in time. I honestly have respect for her since she seemed to handle everything pretty well considering.
Seriously, imagine suddenly going two centuries back in time yourself?!

During Hallie’s travels, she meets a couple of people and I loved those. I loved the relationships that bloomed between them and Hallie. I loved how we got to know their backgrounds, more about their lives and see what circumstances they were living in.

One thing that was a pity was my confusion. I started out confused, not really understanding what was going on. Hallie herself didn’t even know what she had to do half the time and… I guess that left its mark on me as well? It got better over time but at other moments I still found myself confused again. It did take away from my reading experience and that was such a pity…

Something I knew up front, but had trouble with anyway is all the history! Now you can tell me “Kathy, come  on. It’s about time-travelling. How can you avoid the history?!” I know, I know! It isn’t that I wanted to avoid it, but I did want it to be less… in my face? All the French history facts were flying way over my head. I can imagine this being a fun thing for people who actually know a thing or two about French history but to me…? Nope… Nope, nope, nope.

Even though I did like some of the characters, I still felt like they weren’t fleshed out properly. Bland and one-dimensional is probably the right way to describe them and it’s such a pity. I would’ve enjoyed this story way more had this at least been executed better… 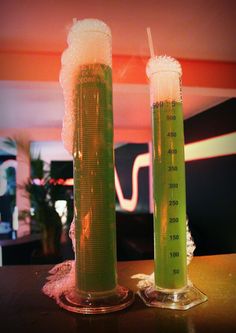 Three pro’s, three con’s equals two and a half cupcakes…

There was a mention of making their own cocktails in Paris Adrift. I didn’t really feel  like doing that – I honestly rarely drink any alcohol when I’m at home? – so here’s a googled image of a cocktail you can get in Ghent, Belgium!

It’s a large one called Pipeline and it’s sooo good. If you ever find yourself in Ghent, definitely head on over to Limonada for some brilliant cocktails!