I can’t be the only one with a box subscription – in my case, FairyLoot – with the tendency to not read those books… Pretty sure I haven’t even read half the books FairyLoot brought into my life and I’m so ashamed of it. Seriously, I am…

It really is time to change that but… I might have to make an actual strategic plan for that one.
Right now I’m simply proud to say that I read the December book, Everless! Let’s ignore the fact that I haven’t read a bunch of the older ones yet…

Time is a prison. She is the key. Packed with danger, temptation and desire – a perfect read for fans of The Red Queen.

In the land of Sempera, the rich control everything – even time. Ever since the age of alchemy and sorcery, hours, days and years have been extracted from blood and bound to iron coins. The rich live for centuries; the poor bleed themselves dry.

Jules and her father are behind on their rent and low on hours. To stop him from draining himself to clear their debts, Jules takes a job at Everless, the grand estate of the cruel Gerling family.

There, Jules encounters danger and temptation in the guise of the Gerling heir, Roan, who is soon to be married. But the web of secrets at Everless stretches beyond her desire, and the truths Jules must uncover will change her life for ever … and possibly the future of time itself.

To me, the most intriguing part of this book is the actual payment method, the importance time has, blood has. The way your blood is turned into time to pay for everything you need. The way you can simply gamble your life away with your blood. That was the main thing that made me want to pick up this book, long before I actually got it. Did it live up to my expectations? On that account, yes. Yes, it did!

I love the way time is implemented in the story, I love how Holland created a unique world that still felt natural to me. The writing is beautiful and descriptive, as it should be. We all have those authors with an uncanny ability to describe worlds. Even though Holland isn’t among them – yet? – she definitely has a way with words!

Our MC, Jules, has guts. She has courage. She does what she feels needs to be done and gives it her all. She wants to protect the ones she loves, she’s ready to sacrifice herself should the need arise and I admire that. I admire her. She didn’t feel overly heroic, she’s still human and the balance between those two is admirable.

Then we have the two brothers – Gerlings – Roan and Liam.
At first I was intrigued by both of  them but the more I read, the more I started to dislike Roan. There’s simply something… off about him. There really is.
As for Liam, well. Let’s just say I’m definitely curious to find out what he’ll end up doing, what influence he’ll have in the rest of the story!

If there’s one thing I didn’t feel quite comfortable with, it’s the way Jules acts so familiar to people with a higher ranking so fast. One moment she’s like “I’m a servant; I’ll look at the floor now.” and the other she’s pretty much mouthing off against those same people? It didn’t feel right and got on my nerves sometimes. There should’ve been more growth in her character to be able to justify a change like that.

I feel like this book really was just the intro to a series. There’s plenty of events but I don’t feel like I actually read a whole lot of important things? It’s weird to explain, to be honest. I simply feel like this could be the 0.5, I guess… Nothing wrong with that, but it’s not something I usually think about and the fact that I do now, makes me want to mention it to you guys as well! 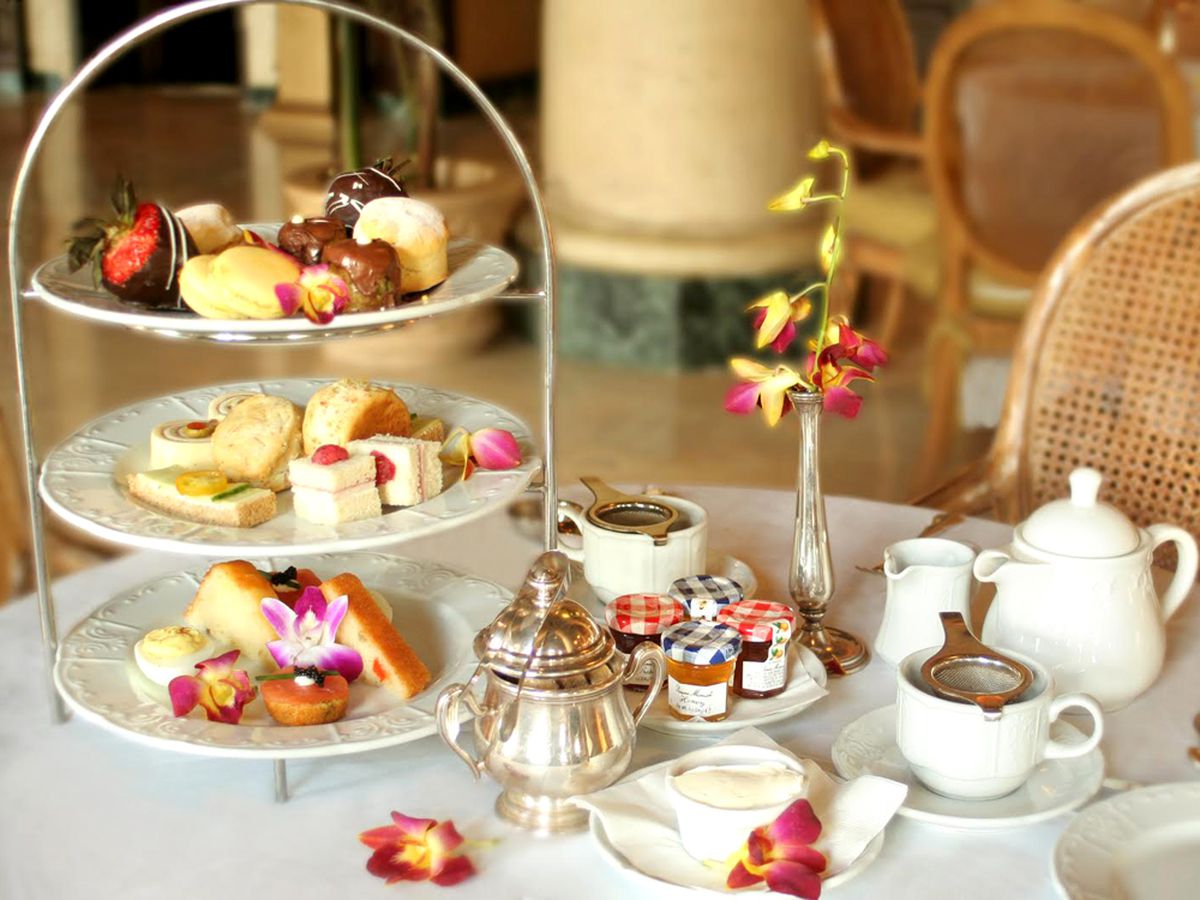 There seriously wasn’t a lot of food or drinks mentioned, apart from tea and that’s just… Meh…

So I decided to google a bit and stumbled upon this. Drool, loves, drool!
I still haven’t had a high tea, like ever. But I definitely want to and plan on it after looking at so many tea time-pictures!

Are you a coffee-person or a tea-person?
Or something else entirely?