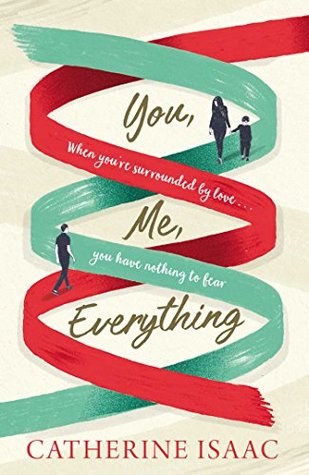 “Sick of his lies, cheating ways, and complete lack of interest in fatherhood, Laura left her boyfriend, Adam, only months after she gave birth to their son–and never looked back. Adam moved to France to follow his dream, unencumbered by a serious relationship and the child he never wanted.

So, Laura and ten-year-old William set off to spend the summer at Chateau de Roussignol, deep in the rich, sunlit hills of the Dordogne, where Adam runs a beautiful hotel. There, Laura has a mission: to make Adam fall in love with his own son.”

The one thing that definitely deserves to be mentioned first is how there are so many hard topics tackled in this novel. From illness to alcoholism to being a single parent to the pressure kids can have on a relationship – it’s all there!
And all those topics made this book that more amazing to read because they are incorporated in a real, genuine way that made my skin crawl at times. You can feel the hardships all characters are dealing with – purposely not mentioning names because spoilers, doh!
I’m not even going to go further into the content of this story because I don’t want to spoil a thing for you guys – except for this:

One thing I had to laugh about but, more like a stupid laugh, was William – Laura’s son – who’s absolutely addicted to his mom’s iPad. I feel like this is something a lot of parents struggle with. Trying to keep the kids away from constantly staring at a screen one way or another and that was shown pretty brilliantly in You, Me, Everything.

We are two fragments of a broken couple, super-glued together by the most beautiful mistake we ever made.

I also really loved the short chapters – or at least they felt really short to me. I even jotted down that I was at chapter 37 when I was 33% in and that felt, to me, like I didn’t even read that much but seeing the chapter number was… enlightening?
And maybe I should mention how I totally did not know this novel is quite lengthy but I didn’t even notice that at all while reading. I only found out about that afterwards!

One thing that kind of annoyed me a bit, was Laura’s naivety. She’s a single parent, she brought William up all on her own – well, together with her parents – and yet she can still be so naive when it comes to certain things.. It did my head in at times. That’s totally me and someone else reading You, Me, Everything might not be bothered by it at all though!

When life is tough, as it will be for all of us, you have a duty to yourself. To live without regrets.

Although I didn’t really lose myself to the story – sorry, Laura! – it was a beautiful story with a strong message and it’s one I’ll remember for sure.

Munches! Well. Pretty much the entire book is set in France and there was some mention of “pains aux chocolat” so… I couldn’t resist? It was the best excuse to go out early and get some!

What’s your absolute favorite breakfast ever? Use all the descriptions you can think of and make us drool!

Quotes used in my review are taken from an unfinished copy and might differ from the finished one.

9 thoughts on “Beautiful story about the importance of family: You, Me, Everything by Catherine Isaac”