This definitely won’t be a post consisting of ten movies or series, simply because it’s been ages since I actually binged an entire series. Let alone how little movies I watch lately!
You know me – I’d rather be reading.

But that doesn’t mean there aren’t times were I do put on Netflix and completely lose myself in the void. There’ve definitely been times like that. Two weeks ago, I watched about three or four movies in one go – so rare, but yup, it happens! I was in the mood for fluff, okay?
So, let’s see what movies / shows I feel like sharing! I’ll try not to make it all fluffy? 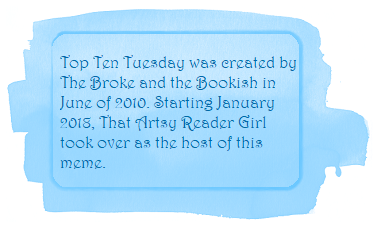 Today’s topic is “Bingeworthy TV shows / Amazing movies”! And it’s so weird not having to use Goodreads for this post – can I just say that?

Let’s start with the movies I watched recently and loved!

I have to admit – I haven’t even read the book yet and I feel so bad about that since I saw this movie? I absolutely loved how cute To All The Boys I’ve Loved Before is. Let alone the actors they used for this movie! Like.. I want the books, but I’m on a book buying ban. I put them on my birthday wishlist so I’m simply hoping I’ll get to read them soon, haha.

Can’t help it! More fluff! I watched The Kissing Booth a couple of months ago, I think? I liked it so much, I replayed the whole thing while I was doing dishes and chores, ha.

And then there’s Deadpool. Something different entirely but my boyfriend hadn’t seen it yet and pretty much forbade me from seeing the second one until he had? We only watched it last week, so I can’t even go and see Deadpool 2 in the cinema anymore, but okay. No biggie. He’ll just have to get me the blu-ray now. I love how Deadpool makes me crack up like a lunatic. It’s so over the top but that’s exactly why it works!

How could I not mention Love, Simon, right? Impossible! I still need to get myself the blu-ray – maybe the boyfriend should just take a look at this post and realize I need all the blu-rays! – but I’m so eager to watch it again and again and again. As with the book, I really fell in love with the movie. One of the best movie adaptions I’ve seen so far – although, I admit, Leah not being plus-sized got on my nerves immediately and I’m still not happy about it. Oh well.

These honestly are the only four movies I can think of right now. Like I said, I haven’t watched a lot of movies lately and… watching them, doesn’t automatically mean wanting to recommend them or loving them..

As for TV shows I love watching / binge-watching? There are definitely a few of those! Although I have to admit I’m way behind on some of them…

Arrow is definitely my top show right now. I’m watching it together with my boyfriend and it’s been fun! Favorite character? Felicity, without a doubt. And I wish Laurel would just.. disappear.. I really, really don’t like her. At all. Which is funny since I’m normally not really a “I hate this character!”-kind of person when it comes to TV shows?

I was doubting between The Vampire Diaries and The Originals, but I cannot resist Klaus and Elijah. Two of my favorite characters ever – if only because they’re so.. grey? I guess? I also love how the whole show fits together and I honestly cried my heart and soul out while watching the final. I can’t believe it’s over, you guys! Maybe I’ll put rewatching the entire show on my 2019 bucket list? There’s a thought!

Now, this TV show is one I’m behind on. I don’t even know how many seasons there are now. Let alone whether it’s been canceled or not?! That happens to way too many amazing shows so I’m really terrified of that.. But hey, still worth watching! Two girls, switched at birth, of which one is deaf. That’s right! Deaf representation all the way in this show! Pretty much the reason why I got hooked in the first place.

An oldie, but a goodie – even if I say so myself! One Tree Hill will always be the TV show I go back to whenever I’m in a nostalgic mood. I was addicted to the show – thank you, Chad Michael Murray – from the start and.. I love it still. Sure, the drama is real, but I loved how I went from disliking certain characters to ultimately liking and loving them.

That’s it. I’m sure there are other shows and movies I’ve loved to pieces, but since I can’t even think of them right now.. I’m not so sure whether I’d rewatch them at some point? Of course, there are shows like Teen Wolf that are just.. Okay, I simply need to restart that whole show because I forgot everything that’s happened so far – and there are a LOT of new creatures every season?! – but I don’t know.. Since I don’t really feel the need to, I’m not sure whether I will? Besides, I’m getting my dose of Colton Haynes in Arrow anyway!

What are some of your favorite TV shows?
What’s are some movies you love that you watched recently?
Do we have anything in common? Any recommendations?