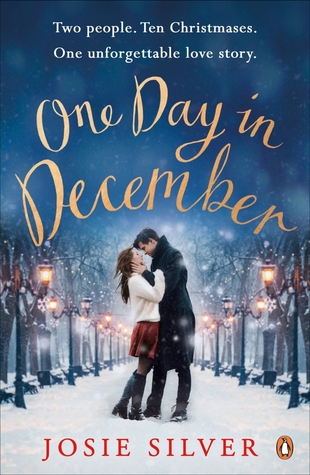 SYNOPSIS
Laurie is pretty sure love at first sight doesn’t exist anywhere but the movies. But then, through a misted-up bus window one snowy December day, she sees a man who she knows instantly is the one. Their eyes meet, there’s a moment of pure magic…and then her bus drives away.

Certain they’re fated to find each other again, Laurie spends a year scanning every bus stop and cafe in London for him. But she doesn’t find him, not when it matters anyway. Instead they “reunite” at a Christmas party, when her best friend Sarah giddily introduces her new boyfriend to Laurie. It’s Jack, the man from the bus. It would be.

What follows for Laurie, Sarah and Jack is ten years of friendship, heartbreak, missed opportunities, roads not taken, and destinies reconsidered.

I read this novel back in August so to say I’ve been sitting on it for a while is quite an understatement. With it’s release being.. well.. today, it was definitely time to share this little diamond with all of you.
As you know, I do like reading romance once in a while, and this is one of those books that simply intrigued me right from the start. During Summer, I definitely like my light and fluffy reads. Romance set in December? I’m a sucker for that! But… did it live up to my expectations? Doh, Kathy. You said “little diamond”..

So: YES. This isn’t going to be a long review because I believe this is one of those novels you should read yourselves in order to get the full experience. I know I do need to make some points to hopefully convince you to pick this one up though. I really, really hope I can do that because it was so worth the read for me!

I don’t think I’ve even registered how low I’ve been because you have to keep on keeping on, don’t you?

This story switches between two POV’s – Laurie’s and Jack’s – which adds a whole lot to this story. It isn’t your typical romance either since years and years pass by in the book. One moment you’re reading about what’s happening in February, next thing you’re in July! Honestly, this meant so much to me since you don’t feel like everything’s rushed. All our characters are so fleshed out; they experience things, they struggle, they solve their problems, they find themselves in new, awkward and difficult situations. You get to see all that without feeling as if it’s “too much in such a short period of time” because it feels real.

Sure, I got frustrated by some things sometimes and yes, I felt like screaming at Laurie and Jack at other moments but.. all in all I’m so happy I got that invested in this story?! That means a whole lot to me!

It’s strange, but you never stop caring about someone, even if you don’t want to be with them any more.

If there is one thing I didn’t necessarily love about this novel, it’s the ending. I thought it was a bit too cliche compared to the rest of it. I can hardly go into detail, but if you decide to pick up One Day in December, I do hope you share your thoughts on the ending with me!

I thoroughly enjoyed reading this story – I read it in no time too. I’d definitely recommend this to people looking for a romantic story with a unique vibe to it. Even more so for people who like a story line going over multiple years instead of a short period of time!

Do you know any novels that span over years instead of only a short period of time?
Would this be a book you’d pick up, should you be in the right mood?