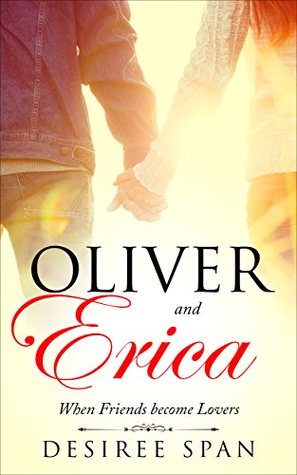 SYNOPSIS
Young Oliver meets the new Dutch girl in his small town: the free-spirited Erica Johansson. He finds her sitting cross-legged, in the shadow of the enormous oak tree in his backyard. Together they climb the tree and as they quietly observe a bird’s nest, it marks the beginning of a beautiful friendship and an epic love.

Their fathers build a treehouse in that same sturdy oak tree. And while they grow up, the treehouse serves as a silent witness of them playing together, coming of age, sharing their first kiss and having their first fight.

As young adults we feel their struggle when they realize their feelings for each other have gone far beyond friendship. And when they finally embark on the most intense romance, they become inseparable and realize they are perfect for each other in every way.

However, an unfortunate turn of events makes it all screech to an abrupt halt and despite a desperate Oliver begging her to stay, Erica flees to Europe to get as far away from him as possible. Oliver then packs a bag and takes us with him on a journey across Europe, as he attempts to find the love of his life back…

I mentioned it in this week’s WWW-post. My fifth DNF ever since starting my blog – which is over one and a half year ago. I’d say that isn’t all that bad but.. it’s never fun to put a book on the DNF-shelf, right? Especially since I usually tell myself to read at least 100 pages before deciding to do so. With Oliver and Erica I didn’t even make it to that mark. Let’s see why! Do note that the quotes included in this review are taken from an “unfinished copy” and are the quotes that made me DNF this novel in the first place. I do not agree with them in the slightest.

Honestly – and this might be a bit rude.. – I’m not even going to bother with this section because I can’t see any good things about the story at this point. Quote number one to prove it.

She was either dating someone or telling me about the asshole she didn’t want to date and I believed I had blown it by letting my rekindled relationship with her turn into one of her seeing me as some kind of asexual best friend she could always count on.

First off, I already had a bit of an issue with the writing. It simply didn’t flow the way I’m used to in a contemporary novel. Jumping from the eighties to the nineties and then to 2015, going back and forth all the time, the story felt chopped up. Memories and anecdotes were shared that – I felt – weren’t really all that important while I was reading them. I didn’t get lost in the story, more often feeling annoyed at the way it was written. And that’s not even mentioning how I couldn’t figure out what age the characters were at those points in time?

Every time she announced to seeing someone I would panic and think of ways to disrupt whatever was going on between her and the new guy by deliberately being the third wheel, suggesting double dating, or even faking ill, calling her up to ask her to come over with aspirin.

The worst thing for me, though, was when I came across one piece of text where I highlighted three quotes I could not for the life of me ignore. The first one I used as my first quote in this review. Acephobic much?
The second one is right above this paragraph and grossed me out so much. They’re supposed to be childhood best friends and then that behavior? Yeah, no. The third one – and for me the final drop – is the one beneath this paragraph. He didn’t have that conversation at all – or at least it wasn’t mentioned in the book that it actually happened. To me, that pretty much equals lying about someone else’s sexuality to mess things up and that’s so, so wrong. I honestly felt like throwing my Kindle aside. Sure, he felt ashamed of it – or so he states – but I just.. can’t.

Without so much as blinking, I told her I had been talking to this girl at the party last night who claimed to be Greg’s ex-girlfriend (Greg: guy she had dated for a while now and slept with after the party that night) and that she knew for a fact that Greg was gay. That he didn’t dare come out of the closet and wasn’t willing to talk about it with anyone else. He was having a rough time coming to terms with his sexuality. I surprised myself for how easy that all came out of my mouth.

I am not even going to add cupcakes to this because it’s not fair to rate a novel I barely read 16% of but that doesn’t stop me from writing a review anyway – sorry.

Would you have stopped reading over the quotes I mentioned in this review or would you have pulled through and see where it went?
What’s the quickest you’ve DNF’d a novel? Why was that?