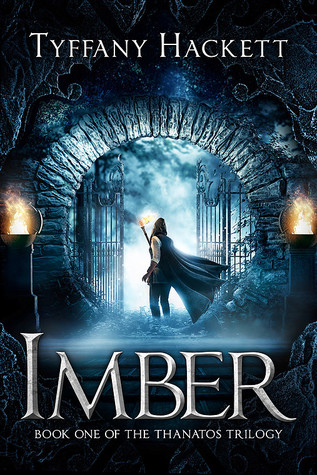 SYNOPSIS
The locks are failing.
The keys are calling.
The Titans are waking.

Crowned before her time, nineteen-year-old Natylia is thrust into an unpleasant reality—her people don’t want her, her family doesn’t need her and, despite her best efforts, she can’t seem to shake an incorrigible suitor. But when rumors begin to swirl throughout her kingdom the young queen shifts her focus and realizes that the world she loves could be destroyed in an instant.

An ancient enemy, long thought gone, is trying to return.

Forgotten legends have resurfaced, stories that tell of three scepters: the keys to unleashing these foul beings. Across Araenna the hunt rages for this trio of formidable power—to command the keys is to hold the power of mortal gods.

Aided by her snarky elven bodyguard, an unassuming blacksmith, and a clever nature witch, Natylia races to correct the mistakes of the past… before they can destroy her people’s future.

I received an eCopy of this book thanks to one of my all-time favorite indie authors, Chelscey Clayton. Should you have missed it, I absolutely adore her Monster of Selkirk-books so be sure to check those out! Chelscey was pretty convinced I’d love Imber and.. for some reason I still didn’t jump on the book. Nope. Your girl knew it was on her Kindle for months but never picked it up! And now? Now I’m so sorry I waited this long to read it – let alone review it. But here we are and we’re doing this!

First things first. Have you ever read a slow-paced fantasy novel with a focus more on the main character’s growth and emotions? Because, before Imber, I honestly hadn’t. Not as far as I can recall, anyway. Throughout most of the story, Imber‘s focused more on the emotional side of things than the adventure and plot. Which, in a way, is weird since that isn’t usually the case with fantasy at all. The uniqueness of it is something I absolutely lived for throughout my entire reading experience.

You’re pulled into Natylia’s POV – which is the only point of view you get throughout the novel – and see her struggles, her emotions, her dreams and hopes. You experience how she grows from start to finish. Not to mention the social anxiety she struggles with! A princess, people. A princess who’s bound to attend social events at numerous occasions and struggles with social anxiety! One point to diversity! Also, she’s afraid of heights. Now there is something that had my skin crawling since I struggle with the same thing. The way Natylia experiences heights felt a bit too familiar and I actually found myself shivering while reading.
But that’s not all. One of the side characters, a witch called Meryn, is queer. On top of that, all our characters talk about queer relationships as if it’s the most natural thing in the world because.. well.. in their world it is! Imagine my twinkling eyes upon making that discovery! If I didn’t enjoy Imber before, that was definitely the moment I fell completely in love with the book – I can promise you that.

I had always wanted a storybook adventure and now that I was living one I wished the story would return to the pages.

Apart from Meryn, we also have Jyn and Camion. And this is where things.. are shout-worthy in the least. Like, READ THIS AS IF I’M SCREAMING IT – because I just loved it SO MUCH. Jyn and Nat’s relationship? Totally platonic, people. He’s her bodyguard and there’s simply friendship there. Nothing else. They’re close, very close but it never progresses into anything more than that. Do we ever see that? I can’t even remember the last time I saw a platonic relationship like this one. I bow to you, Tyffany Hackett. For real.
Adding that this doesn’t automatically mean there’s no romantic aspect to be found though – just saying.

Not only the content of the story did the trick though. The writing was beautiful as well. Descriptive, but not over the top so. Just the right combination of describing things and still managing to be “straight-forward”.

I lit the candle beside me and tried to read, to lose myself in the words that floated in front of me. There was safety in books, warmth and predictability in the character’s lives and worlds.

I’m putting this here, simply because it isn’t something “good”, but it honestly isn’t a bad thing either. It’s more.. a personal issue? You all know I’m pregnant and, if you didn’t know, that equals a disastrous attention span and memory. I’m pretty sure this affected my reading at times because I had a hard time envisioning surroundings, even though they were described properly and beautifully. I’m not even blaming the book for this because I know it’s my pregnancy brain getting the better of me.

Definitely a book worth reading if you like slower paced fantasy novels with a character-focused style instead of a plot-focused one! And I’ll be keeping my eyes out for the sequel – that’s for sure. I even went as far as ordering a physical copy of Imber because.. well.. this author deserves all the support she can get!

Have you read any slow-paced, more character-driven fantasy books?
How do you feel about romantic versus platonic relationships in novels?

24 thoughts on “WHY DID I WAIT SO LONG TO READ THIS? ~ Imber by Tyffany Hackett”