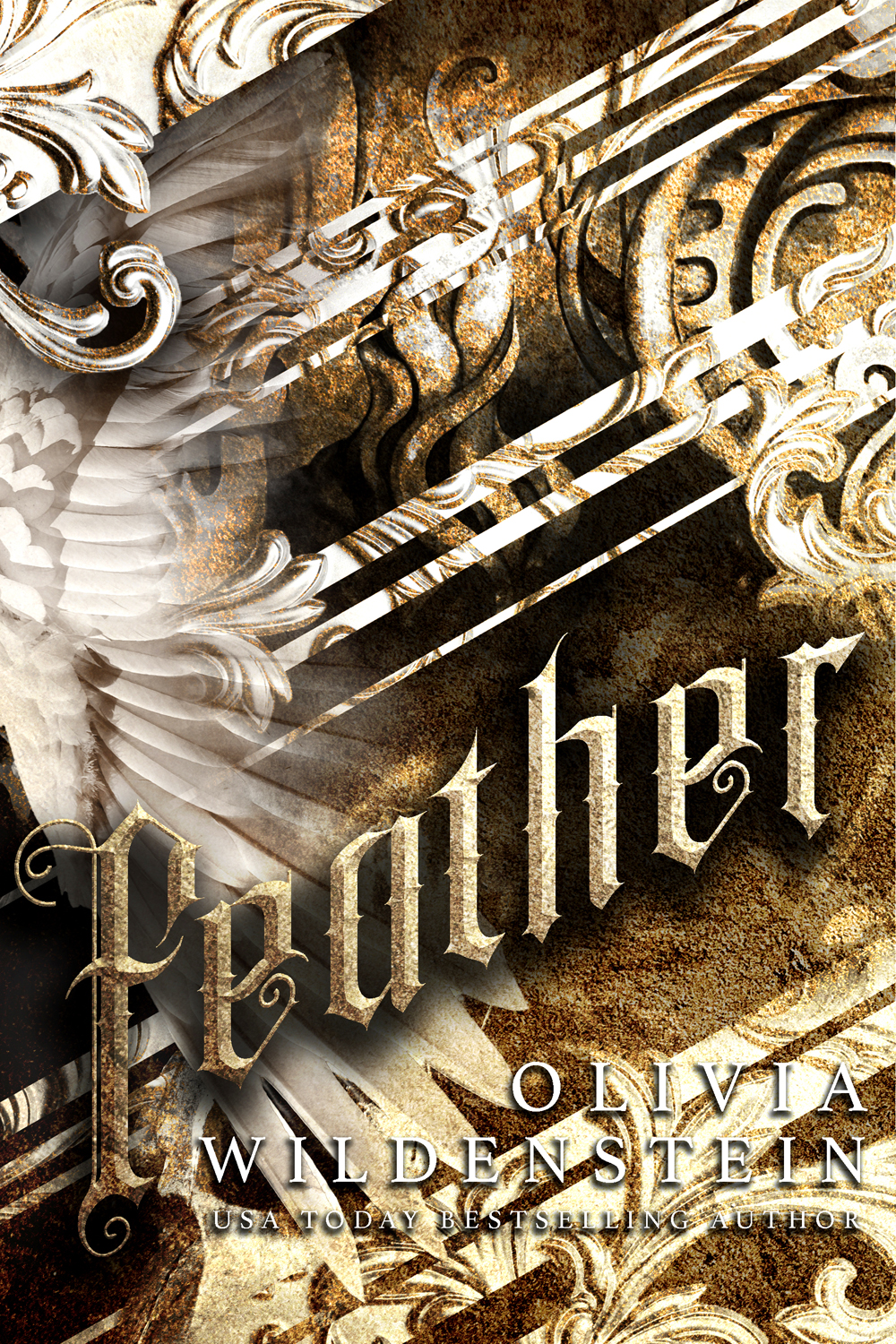 SYNOPSIS
It was supposed to be a quick mission. The only thing quick about it was how rapidly I failed.

With only a month left to earn her missing feathers, twenty-year-old Leigh embarks on a trip to Paris to meet her newest project, twenty-five-year-old Jarod Adler, leader of the Parisian Mafia and the worst kind of sinner . . . a Triple.

If Leigh can get Jarod to accomplish a single act of kindness, she stands to win 100 feathers, more than enough to complete her wings and ascend to Elysium, the land of angels.
What she doesn’t count on is Jarod’s dark charm costing her feathers.
She’s dead set on saving him, and he’s dead set on destroying her.
Until he realizes destroying her wings is also destroying her heart.
A heart he longs to hear beat only for him.

I’ve read books by Olivia in the past and absolutely loved them. She has a knack for fantasy, in my opinion. It helps that she wrote about werewolves, which is a very nostalgic thing for me. And then I found out she had a book coming about angels? Talk about nostalgia doubled! Let’s ignore how I was freaking enthusiastic to get an ARC, but then forgot about the ARC to then power through it and.. did I fall in love?

Since I’ve, by now, read and loved four other books written by Olivia, it’s safe to say I adore her writing. I haven’t yet encountered one of her books that doesn’t read as fast as the others. Not only does that show her writing style, it also shows she knows how to keep the story going in a way that makes it near impossible to put the book down. That is something I love in books, in authors and.. well.. in reading. Nothing beats having a book you feel you’re flying through!

People usually hang on because they’re terrified of falling.

In this story, based on Romeo & Juliet, we follow Leigh, a Fletching on a mission to earn the last feathers she needs before becoming an angel. I absolutely adored her from the start. She felt human to me, in a way that felt right while knowing she isn’t human at all. She’s focused on doing good, on bettering her world and is willing to sacrifice herself for it. She also has doubts regarding her body and.. well.. Yes to “greater being” still feeling.
Then there’s Jarod, five years older than Leigh and an absolute pain in the bum. He’s a Triple, which means if Leigh can get him to do one good, selfless act, she earns 100 feathers – therefore a Triple. It’s obvious from the start Leigh gets more and more under his skin. The way their relationship progresses had me hooked. It’s a push-and-pull kind of thing, where they challenge one another. Something that had me intrigued for sure.

As for the story? Yes, angels! Yes, humans! Yes, intrigue and secrets and manipulation and back-stabbing and.. so much more, really. Like I said, I read this book in no time because I was absolutely hooked to everything happening and the characters themselves. Also the harder, possibly triggering topics were woven in nicely, without it feeling forced or having the intention of making the story more interesting. [Seriously, why is that a thing in some other books?]

Neither human nor angel could eclipse this man whose magnificent darkness devoured even the brightest of lights.

The one thing I didn’t really agreed with was the amount of smut. Yes, it’s new adult. Yes, there can definitely be some graphic sexual scenes but at one point I felt it was becoming too much and maybe even unnecessary. But, overall that didn’t really influence my feelings towards this book because I enjoyed the story so much!

If you’re ready for a book featuring angels, a retelling of Romeo & Juliet, with intriguing characters and.. if you don’t mind some smut.. I’d definitely recommend picking up this book! And maybe also check out Olivia’s other work – The Boulder Wolves-trilogy is one I’d recommend for sure!

What are some of your favorite books featuring angels?
The Hush, Hush-series? Other ones?
Do you know of any other Romeo & Juliet-retellings?
Would you be interested in reading Feathers after reading my review?