I’ve been thinking about doing this for a while, and with my recent two NetGalley-approvals, I decided it was time to actually kick this off! Every once in a while, when I get new eARC’s to read, I’ll be sharing them post-release so you can find out about them as well! That way you’ll also be updated on what reviews you can expect – apart from my own books I’m reading in between, that is. Do let me know if you like this concept!

Before I start, I just want to say I hope you’re all doing okay. If you need someone to rant to, vent to, talk to.. You can find me on here, on Twitter, on Instagram – wherever. It’s a time to be there for one another, support one another and.. generally help wherever we can. Know I’m here.

That being said, let’s dive into my newest acquisitions! 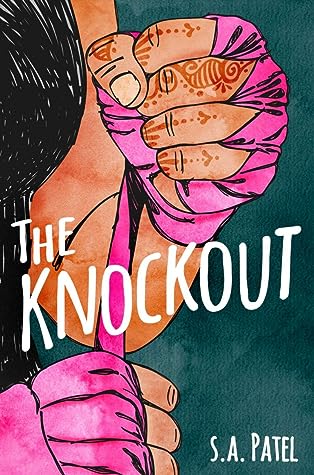 SYNOPSIS
If seventeen-year-old Kareena Thakkar is going to alienate herself from the entire Indian community, she might as well do it gloriously. She’s landed the chance of a lifetime, an invitation to the US Muay Thai Open, which could lead to a spot on the first-ever Olympic team. If only her sport wasn’t seen as something too rough for girls, something she’s afraid to share with anyone outside of her family. Despite pleasing her parents, exceling at school, and making plans to get her family out of debt, Kareena’s never felt quite Indian enough, and her training is only making it worse.

Which is inconvenient, since she’s starting to fall for Amit Patel, who just might be the world’s most perfect Indian. Admitting her feelings for Amit will cost Kareena more than just her pride–she’ll have to face his parents’ disapproval, battle her own insecurities, and remain focused for the big fight. Kareena’s bid for the Olympics could very well make history–if she has the courage to go for it.

SYNOPSIS
Connor Major’s summer break is turning into a nightmare.

His SAT scores bombed, the old man he delivers meals to died, and when he came out to his religious zealot mother, she had him kidnapped and shipped off to a secluded island. His final destination: Nightlight Ministries, a conversion therapy camp that will be his new home until he “changes.”

But Connor’s troubles are only beginning. At Nightlight, everyone has something to hide from the campers to the “converted” staff and cagey camp director, and it quickly becomes clear that no one is safe. Connor plans to escape and bring the other kidnapped teens with him. But first, he’s exposing the camp’s horrible truths for what they are— and taking this place down.

I requested both these books because they.. simply sound amazing? Especially Surrender Your Sons has me very, very intrigued. I think the author mentioned on his site how it’s “Lost but very, very queer” and I was.. lost? [Excuse my horrible pun..] Anyway! I also adore own-voices books so there’s that.

Below you can find an overview of all the ARC’s I have currently left to read and review! You’ll also see this section in my [hopefully] weekly WWW Wednesday-posts so you can always stay on top of which reviews to expect! Although some are read and reviewed sooner and only posted on their release date.

What do you think? Which of these two books would you pick for yourself to read?
What’s your next eARC / ARC to dive into?
What do you think of this new post?
Let me know!